Brisbane, Australia 12 December 2017: Tritium, the Australian-based technology company and leading international specialist in developing infrastructure solutions for the electric vehicle (EV) market, has supplied all the fast chargers for the Belgium stage of the European Union’s UNIT-E fast-charging network. The Belgium phase of the project, led by major energy supplier, EDF Luminus, has seen the installation of 25 Tritium Veefil-RT 50kW fast chargers across the country, completing a fast charging corridor connecting France, Belgium and Netherlands.

All the Veefil-RT chargers are positioned along the Belgium motorway system, linking the country’s major cities. The Belgium section of the network was officially launched on 11 December 2017, by the Vice President of the Flemish Government and Minister of Finance and Energy, Bart Tommelein.

“We have liaised closely with EDF Luminus to tailor our world-class technology to meet their particular specifications,” xplains Tritium’s European Sales Manager, Manuel Fernandes. “The Veefil-RTs on the UNIT-3 network will be easy to use and accessible to all drivers – they support DC CHAdeMO & CCS (Combined Charging System) and AC Modes-3 Type-2 standards, can charge two vehicles at the same time and accept all charging passes. Drivers can expect to charge 80 per cent of their battery in just 30 minutes.

The UNIT-E project is co-financed by the European Union through the Connecting Europe Facility programme, established to support the construction and modernisation of transport infrastructure across the EU. It set out to identify and fill gaps in the existing European charging network to support drivers to make seamless electric journeys. The project’s aim is to make it feasible for electric car drivers to travel from Scotland to Genoa in Italy or Brussels in Belgium, using public charging to support their journeys.

In May 2013, Tritium launched an award‐winning, 50 kW DC fast charger for electric vehicles – the Veefil‐RT ‐ which is already recognised internationally as being the most technologically advanced in its class. Tritium is the only Australian company to design and manufacture EV charging stations and its Veefil units are now being installed globally on major charging networks and fast‐charging highways. In October 2016 the company launched three new products, creating a range of Veefil units that give customers increased options to provide a charging service for vehicles that are privately owned and those employed in the business sector:

Why Veefil technology is the most technologically advanced in its class

The Veefil range comprises the world’s most technologically‐advanced fast charger for all EVs, supporting CHAdeMO & SAE‐Combo standards. All the products share a number of unique features:

EDF Luminus, leading challenger in the Belgian energy market, is a major electricity producer and supplier of energy and energy services. EDF Luminus is number 1 in onshore wind and hydroelectric power in Belgium. The company also plays a key role in the country's security of supply by operating several gas-fired power plants that balance the fluctuating nature of wind and solar power. With an installed capacity of 1,984 MW as of November 1, 2017, EDF Luminus represents approximately 10% of the total installed capacity of the country. Under its Luminus brand, the company sells electricity, gas and premium energy services to nearly 2 million residential and business customers, representing a market share of around 20%. EDF Luminus invests to face the energy challenges of tomorrow: the company is committed to delivering innovative energy efficiency solutions to its customers and is pursuing its developments in renewable energy. EDF Luminus' vision is based on its involvement to best satisfy its customers and to provide its 2,000 employees with attractive career opportunities. For the 5th year in a row, the company ranks among the top 59 employers in Belgium. EDF Luminus benefits from its strong local roots and from the expertise of the EDF Group, one of the major players in the global energy sector. For more information, please visit www.edfluminus.be. 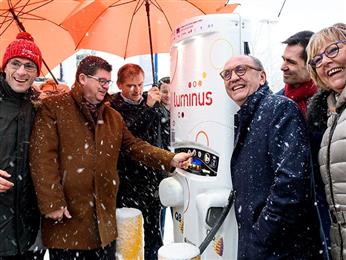 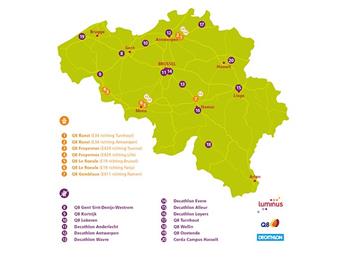 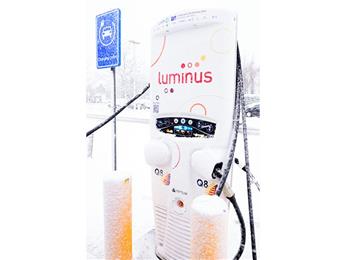