The chargers, which connect directly to the grid, have been adapted in partnership with Stromnetz Hamburg to comply fully with German regulations and retain the Veefil signature small footprint. They will also have an 11kW AC output, in addition to supporting of CHAdeMO & CCS standards.

All the units will be delivered before October 2017 and installed in the city of Hamburg.

“Stromnetz Hamburg is committed to growing its electric mobility network and wanted a fast charger that would function in its inner city environments,” explains Paul Sernia, Tritium’s Commercial Director. “The company was attracted to Tritium’s unique liquid-cooled technology that reduces maintenance and increases the unit’s life expectancy, but equally important was our ability to produce a unit that could directly connect to the grid whist still maintaining a footprint that is much smaller

than any other comparable charger. We worked closely with Stromnetz Hamburg on the project to develop a compliant charger that also met all their functional requirements. In the narrow streets of Germany’s older city centres, the Veefil-UT can be installed on a standard pedestrian walkway without obstructing pedestrian traffic, pushchairs or wheelchairs etc.” 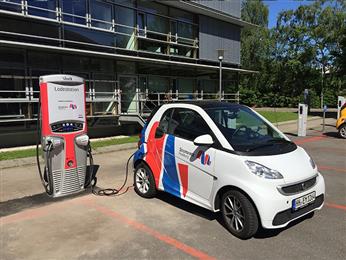 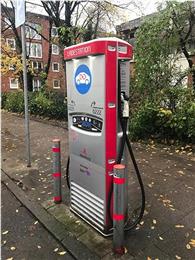