Amsterdam, The Netherlands - 11 October 2018: Australia has hit an important milestone in the drive towards an electric vehicle future with the installation and operation of the nation’s 50th publicly-available 50kW DC Fast Charging location in the Hunter Valley Gardens, Pokolbin.

“It’s been proven time and time again across the globe that when the charging infrastructure is in place for electric vehicles, you’ll see an uptick in the number of EVs on the road and in showrooms,” said Chris Hewitt, head of sales for Australia, Tritium. “We now have a significant number of publicly-available chargers across the country with more to come.”

Tritium, founded in Brisbane, is a world leader in fast-charging station technology with deployments in 26 countries. In Australia alone, Tritium has more than 70 per cent market share.

The milestone installation comes during a Senate inquiry into the use and manufacture of electric vehicles in Australia, with a report expected in December this year.

“Tritium’s success is a timely reminder that we have the smarts and skilled labour force here in Australia to be an advanced manufacturing powerhouse,” said Senator Tim Storer, chair of the Select Committee on Electric Vehicles. “Imagine what they could achieve if we had a national strategy to support the development of the EV industry here in Australia. I hope my inquiry will prompt the Federal Government to be more proactive, so that companies like Tritium can more fully realise the benefits on the electric vehicle transition.”

“While hitting this milestone is a great achievement, the country still has a long way to go with the need for hundreds of new DC charging locations,” said Hewitt. “Federal Government support and incentives would certainly help further drive electric vehicle penetration into the Australian market, but industry and local governments across Australia aren’t prepared to wait for it.

“They see the tangible benefits electric vehicles bring to the environment and to trade, and they’ve been overwhelming in their enthusiasm to roll out the necessary infrastructure.”

The NRMA’s electric vehicle network rollout is expected to be completed in 2019 and aims to install approximately 40 DC Fast Chargers across New South Wales and the ACT. The charger at the Hunter Valley Gardens is the fourth in the proposed rollout.

Among the 50 charging locations are the 18 deployed for the Queensland Electric Super Highway, the world’s longest electric super highway in a single state which allows tourists to travel from Coolangatta to Cairns and from Brisbane to Toowoomba in a low or zero emissions vehicle.

The continued development of infrastructure has also attracted the interest and support of electric vehicle manufacturers, including Australia’s number three brand, Hyundai:

“Australia’s 50th DC recharging location is an important milestone for the industry and for the country – it gives us renewed confidence in the lead-up to the launch of our new IONIQ EV in November.”

Tritium’s Veefil-RTs ensure drivers can fully charge their vehicle to 80 per cent within 30 minutes on average for any EV with a CHAdeMO or CCS2 socket. Chargers will accommodate most makes and models of EVs available in Australia. 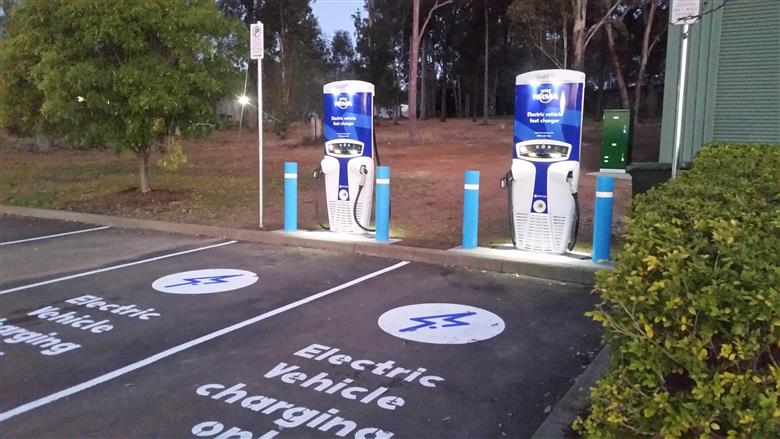