SONGWON announces new Chairman and changes to its Board

Songwon Industrial Co., Ltd. today announced that Elena Scaltritti, Leader Group Commercial, will be leaving the organization to pursue another professional opportunity outside the SONGWON Group.

Songwon Industrial Co., Ltd., announced today that it has entered an exclusive distributor partnership with TCL Hofmann for its Business Unit (BU) Coatings.

Today, Songwon Industrial Co., Ltd. announced that it is investing in expanding its chemical production capacity for semiconductors.

Today, SONGWON Industrial Group published its audited Q2 and half-year financial results for the 2021 financial year. Over the quarter, the Group achieved consolidated sales of 232,091 Million KRW marking a 17.1% increase in revenue over the same quarter of the previous year. Year-to-date (YTD), the Group realized consolidated sales of 454,578 Million KRW, representing an 11.2% rise over YTD June 2020 (408,688 Million KRW), and recorded a net profit of 24,137 Million KRW delivering a 45.4% increase over the same reporting period in the previous year (YTD June 2020: 16,604 Million KRW). In addition, the Group’s gross profit margin achieved in Q2/2021 was 22.5% and YTD 22.0% reflecting an increase of 1.4%-points and 1.6%-points over the prior year comparable period.

Songwon Industrial Co., Ltd. is pleased to announce today that the worldwide exclusive distributorship (non-exclusive for Europe) with SABO S.p.A. for the SABOSTAB® HALS portfolio which includes hindered amine light stabilizers (HALS) and oxanilide UV Absorbers has been extended. 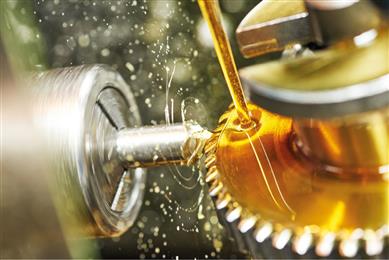 Songwon Industrial Co., Ltd. announced today that it has expanded its distribution partnership with MegaChem. Since September 2019, MegaChem has been the exclusive distributor of SONGWON’s antioxidants for fuels and lubricants in the ASEAN region. On the back of the success in these countries, SONGWON has extended MegaChem’s coverage to include Australia and New Zealand (ANZ).