Bredaryd, Sweden – May 2, 2011 – Rapid Granulator AB today confirmed that Kirk Winstead has assumed the role of CEO for the Rapid Group. Officially appointed on April 12th, 2011, Winstead brings his 24 years of experience with Rapid Granulator Inc. and extensive industry expertise to the position. In the previous nine years he was President of Rapid Granulator Inc., based in Cranberry Township, Pennsylvania, USA. Winstead will oversee Rapid’s global operations and growth, building on its market-leading position and superior machine technology.

“I’m proud and honored to be offered this position after serving Rapid Granulator for the last 24 years,” says Winstead. “We are witnessing exciting times of fast-paced change and development across our business. We have continued with impressive sales momentum from 2010 over into 2011, achieving our best first quarter order intake in many years. And we are now in a position where we can take our product development in conjunction with market and company growth to the next level.”

“I’m enthusiastic and excited about taking on the role of Managing Director for Rapid Granulator which I consider a great opportunity. We have developed the next generation granulator with the Rapid “Open Hearted” system and we are fully committed now to following through with the next steps in further product and innovation developments for our customers worldwide,” says Titusson.

Further support is provided by a global network of over 90 agents and local partners. More than 70,000 machines installed across five continents, for the granulation of plastic scrap, the recycling of post-consumer and post-industrial waste, the reduction of organic waste for the production of bio-gas, as well as the shredding of old bank notes, confirm the company as a world-class leader in its field. 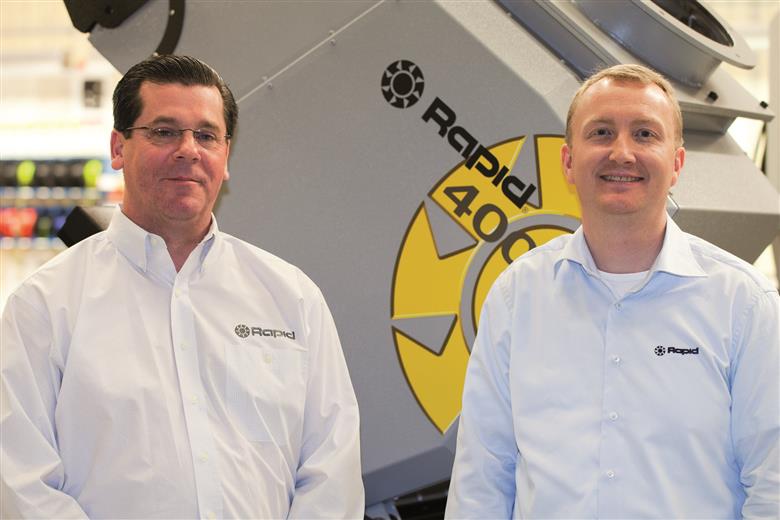