Malmö June 23, 2021 - Swedish Project AIR is an industrial concept to produce methanol from a large variety of recovered end-of-life streams and hydrogen from electrolysis. The project is carried out by the chemical group Perstorp in cooperation with Uniper and Fortum, and the aim is to reduce carbon emissions by up to half million tons annually. Project Air has now been allocated approximately EUR 30 million by the Swedish Energy Agency.

The Project AIR will demonstrate a highly innovative, integrated process concept for low-carbon, renewable and circular methanol production within the European energy-intensive chemical sector. Methanol is one of the most important raw materials for the chemical industry, and up until now, no competitive sources of sustainable methanol exist on the market.

The plan is to create the first-of-a-kind, large-scale, commercial, sustainable methanol plant that uses a Carbon Capture and Utilization (CCU) process for converting CO2, residue streams, renewable hydrogen and biomethane to methanol. The renewable hydrogen will be produced in a new electrolysis plant, which will be the world’s largest hydrogen electrolysis unit installed for production in the chemical sector.

In March earlier this year, Project Air was approved for the next level of evaluation within the frame of the EU Innovation Fund, one of the world’s largest funding programs for the demonstration of innovative low-carbon technologies. And last week the project faces a new success, since the Swedish Energy Agency awarded the project a grant of approximately EUR 30 million.

“It is directly crucial for the climate change and the goal of reaching a circular climate neutral welfare society that we accelerate the use of new innovative green technology on an industrial scale. That is why this investment is strategically important,” said Robert Andrén, Director-General of the Swedish Energy Agency.

“This is a very encouraging message from the Energy Agency, that acknowledges the importance of this project. It gives us further hope as we are now in the process of submitting our second application to the EU Innovation Fund. In Project Air, we have a very strong concept that, fully developed, will be of interest to all chemical industries around the world in the transition to becoming climate neutral. I am proud of what we have achieved so far together with our partners,” said Jan Secher, the President and CEO of Perstorp.

Project AIR aims to substitute all the 200,000 tons of fossil methanol that Perstorp uses annually in Europe as a raw material for chemical products. The project would support companies downstream in the value chains in their efforts towards renewable/circular materials, reduced carbon footprints, and in their ability to offer sustainable, affordable products.

If completed, Project AIR will reduce greenhouse gas emissions by up to 500,000 tons annually. The goal is to start producing sustainable methanol in 2025. A final decision on what projects will be funded by the EU Innovation Fund is expected later this year.

Perstorp believes in improving everyday life – making it safer, more convenient and more environmentally sound for billions of people all over the world. As a world leading specialty chemicals company, our innovations provide essential properties for products used every day and everywhere. You’ll find us all the way from your car and mobile phone to towering wind turbines and the local dairy farm. Simply put, we work to make good products even better, with a clear sustainability agenda.

Founded in Sweden in 1881, Perstorp’s focused innovation builds on 140 years of experience, representing a complete chain of solutions in organic chemistry, process technology and application development. Perstorp has approximately 1,350 employees and manufacturing units in Asia, Europe and North America. Net sales in 2020 amounted to 9.2 billion SEK. 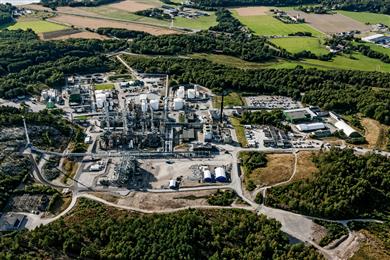 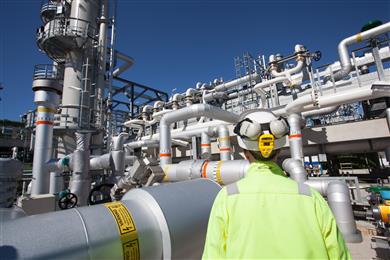