SOIGNIES, Belgium, August 27, 2018 – On the occasion of their 60th birthday, the Smurfs are flying high, with the help of Mactac film technology and the able assistance of several key partners.

As it happens, the lovable little blue creatures –– which were created by Belgian cartoonist Pierre Culliford, known as Peyo –– share their birthday year with the Atomium, the internationally known architectural structure in Brussels that also made its debut in 1958, as part of the Brussels World’s Fair. So the two decided to team up to celebrate.

The Atomium, which comprises nine huge, stainless steel-clad spheres rising well above the horizon, agreed to “go blue” from June through December this year by featuring a huge blue Smurf head on one of its spheres. Positioned 102 metres above the ground, the graphic appears on an 18-metre-diameter sphere and promotes the nearby exhibition deemed the “Smurf Experience.”

The Atomium’s marketing agency contacted Mactac Europe, an Avery Dennison brand, because it knew that Mactac had collaborated previously on a similar project, when the Atomium was decorated with the colours of the Belgian flag to support the country’s Red Devils national football team during the 2014 FIFA World Cup tournament.

Three Belgian companies collaborated with Mactac Europe to complete the Smurf Experience project: Cecoforma, an agency specialising in event communication; Dynagraph, which does lettering and digital printing; and Dizziness SPRL, a firm with experts who are used to working at great heights. Dizziness normally is charged with cleaning the shiny metallic orbs, but for this project they were engaged to help install the artwork.

For this highly challenging task, Dynagraph and Dizziness organised a team of four experienced climbers. In three days, they applied an image that measures 9 metres wide by 14.5 metres high –– all using Mactac digital printing and self-adhesive signage films to amazing effect. The Smurf image consists of a sticker divided into 45 strips, each about half a metre wide.

For the Smurf head, the partners chose to use Mactac’s IMAGin JT 5829 R, a 100µm, white intermediate vinyl digital printing media with a removable grey adhesive that allows exceptional opacity without leaving adhesive residue from common surfaces for up to two years after application.

For the Smurf Experience lettering, the partners used the signage film MACal 8900 Pro in a white matt colour, which is, similar to the Mactac’s IMAGin JT 5829 R also developed with a removable adhesive.

The Smurf Experience –– which encompasses an interactive “magic village” covering more than 1,500 square metres –– is committed not only to fun, but also to promoting sustainable development. Visitors to the village can find out about the 17 objectives for sustainable development, as defined by the United Nations, by identifying the 17 matching objects to be found along the way.

Mactac Europe, which operates as a manufacturing facility in Soignies, Belgium, was pleased to be able to help a pair of Belgian icons to celebrate their birthdays in high-flying style.

For more information, on how our materials expertise can help you with your next ambitious project, contact us at: contact.mactac@mactac.eu.

For over fifty years, Mactac in Europe has been creating innovative graphic materials that provide a canvas for visually stunning designs across many different decoration and graphic applications, including architecture and transportation. Since August 2016, the European business of Mactac has been a part of Avery Dennison.

For more information on Mactac, visit mactacgraphics.eu. Join the Mactac conversation at www.facebook.com/MactacEurope and follow us on Instagram. 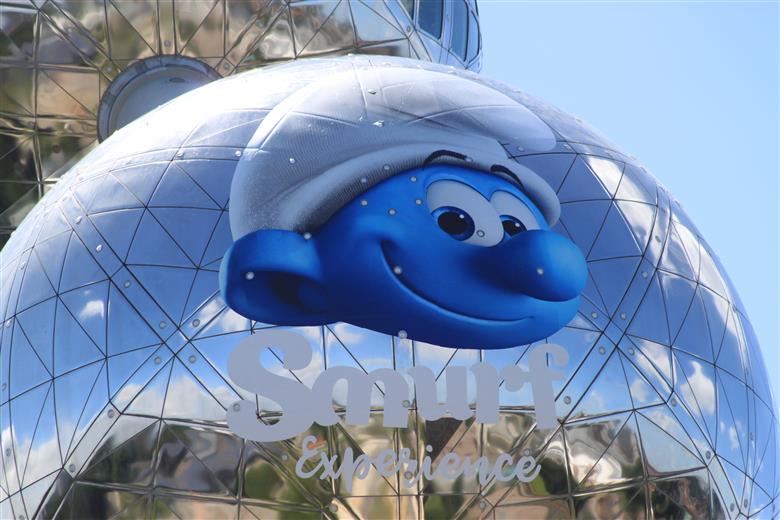 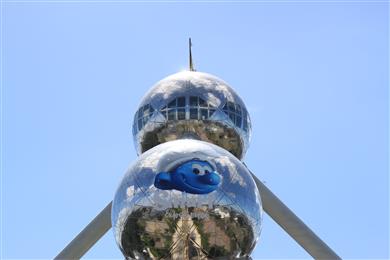 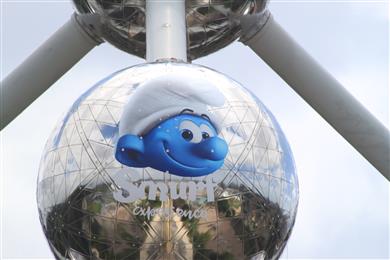 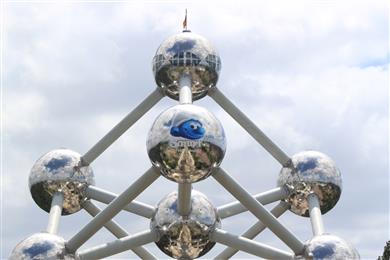 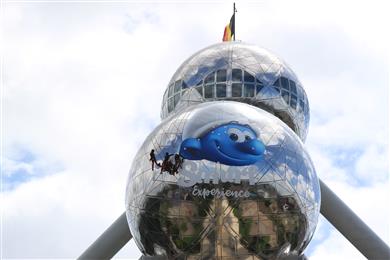 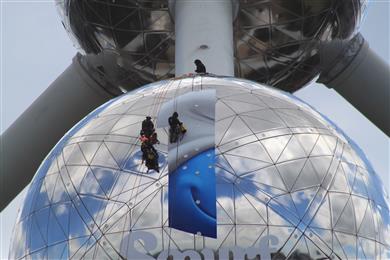 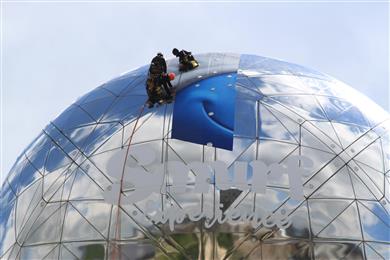 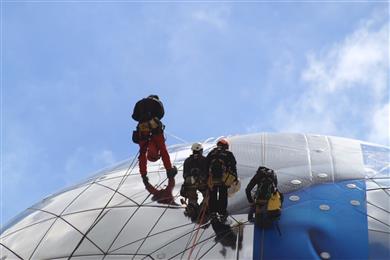