Lichtenfels, Germany, June 3, 2021 – EROFIO Group – an industrial molding sector company and long-standing user of GE Additive’s DMLM laser technology, was selected to test and put the GE Additive Concept Laser M Line through its paces ahead of its commercial readiness later this year.

The Core was manufactured using M300 hot work tool steel – a material often used for the production of injection molding and die-casting tool inserts with conformal cooling, as well as functional components. The Core contains more than eight independent, internal conformal cooling channels, stretching over eight meters in length and between five to eight-millimeter in diameter.

Additively manufacturing the part affords the team the design freedom to enable conformal cooling to create a more efficient heat exchange. This improved cooling will increase the overall plastic injection process productivity through decreased cooling cycle time and warpage, and the improvement of the injected plastic part aesthetics.

In addition to the benefits of geometric freedom on the design of inner channels, using additive manufacturing has reduced finishing requirements by 90%.

Another advantage identified, when compared with conventional manufacturing processes, was a reduction in the total manufacturing time -- from powder to mold assembly -- by 30%.

Santos and his team, already experienced users of GE Additive’s Concept Laser M2 system, opted for an existing parameter – already developed for the Concept Laser M2 Series 5 – and made only very minimal changes in order to adapt it for the M Line system.

Following remote optimization support from the GE Additive team in Lichtenfels, the part was successfully printed on its first attempt, over a six-day period in May 2021.

“We are honored to be part of GE Additive’s thorough commercial readiness process. We’re learning a lot from them and I think it’s safe to say they are learning a lot from us and our first impressions working with the M Line. Having the first part come off our system is a great milestone and we’re looking forward to supporting the wider team as the solution comes to market and beyond,” said Luís Santos, EROFIO Group.

“We have a solid working relationship with the team at EROFIO that goes back well over a decade. As we near a critical phase in commercializing the M LINE system, we specifically sought out a trusted partner to gain early installation experience, data and honest customer feedback,” said Wolfgang Lauer, Concept Laser M Line Product Manager, GE Additive.”

“We fully expected the first part to be printed on the M Line to go well.  And when it did there was a rush of excitement felt across the entire team here in Lichtenfels. Work continues here in Germany on the M Line, ahead of the launch, and we will factor in additional feedback from the team at EROFIO,” said Jan Siebert, General Manager, laser technologies, GE Additive.

“It is critically important that when GE Additive brings new solutions to market, it can tangibly and immediately demonstrate business impact. Our M Line system operates at higher levels of reliability and repeatability, meeting customers’ needs from day one. This is not a science experiment and we are not developing laboratory equipment. Overly ambitious claims and incomplete specifications in other vendors’ product launch announcements only serve to undermine the trust that our wider industry has collectively built in metal additive technology in recent years,” he added. 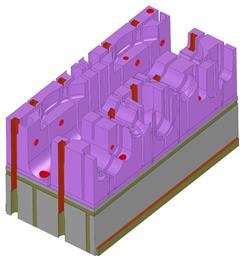 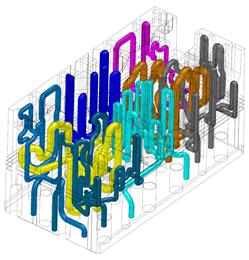 Internal 3D view of the Core to be printed with the eight independent conformal cooling channels. 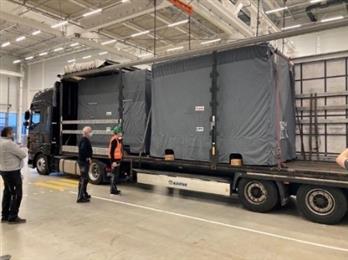 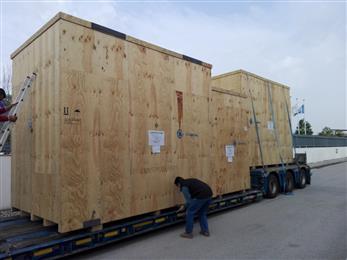 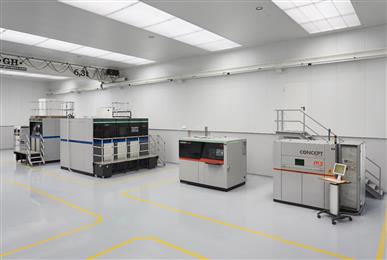 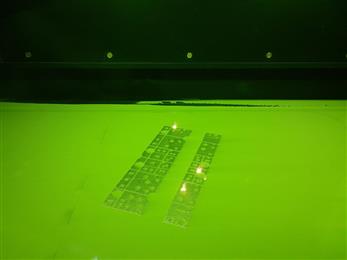 Batalha, Portugal. May 2021. Detail of the M-Line working on a layer of the Core. 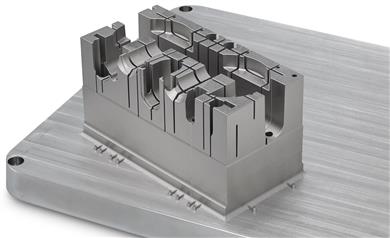 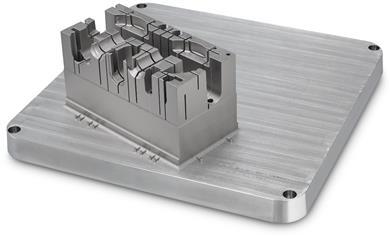 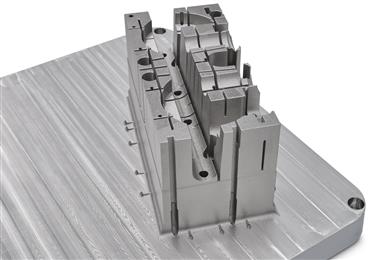 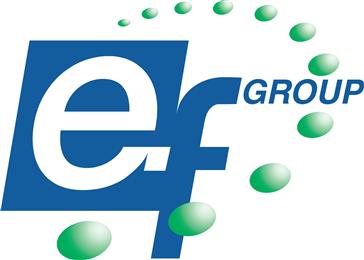