Maastricht / Dormagen - ARLANXEO, one of the world’s leading suppliers of synthetic elastomers, is expanding its global chloroprene rubber (CR) production at the site in Dormagen, Germany. The production capacity there will be increased to as much as 70,000 tons per year overall that will be available to the market already during the first quarter of 2019. ARLANXEO is investing an upper single-digit million in the expansion project overall.

“The strong global demand for our chloroprene rubbers will continue in the coming years,” said Stefan Rittmann, head of the ARLANXEO business line that produces CR and Managing Director of ARLANXEO Deutschland GmbH. Demand for chloroprene rubbers is growing by about four percent per year, particularly in Asia and especially in Greater China. Products with special properties are in particularly strong demand worldwide. “At the same time, this expansion represents a clear commitment to our biggest German site, Dormagen, from which we serve the global demand,” explained Rittmann.

The capacity expansion will be undertaken from Q2 2018. Within the expansion a production line will be renewed and equipped with new reactors, having a higher capacity. This ensures ARLANXEO to optimize its existing processes and make its production processes more flexible.

ARLANXEO produces and markets its chloroprene rubbers under the Baypren and Baypren ALX brands. They are used, for example, in the production of cable sheathing, belts, conveyor belts and wetsuits, as well as in adhesive applications, and feature high weather, UV and oil resistance. Chloroprene rubbers are products of ARLANXEO’s High Performance Elastomers business unit.

About ARLANXEO
ARLANXEO is a world-leading synthetic rubber company with sales of around EUR 2.7 billion in 2016, about 3,800 employees and a presence at 20 production sites in nine countries. The company’s core business is the development, manufacturing and marketing of high-performance rubber for use in, for example, the automotive and tire industries, the construction industry, and the oil and gas industries. ARLANXEO was established in April 2016 as a joint venture of LANXESS and Saudi Aramco.

Forward-Looking Statements.
This news release may contain forward-looking statements based on current assumptions and forecasts made by ARLANXEO management. Various known and unknown risks, uncertainties and other factors could lead to material differences between the actual future results, financial situation, development or performance of the company and the estimates given here. The company assumes no liability whatsoever to update these forward-looking statements or to conform them to future events or developments. 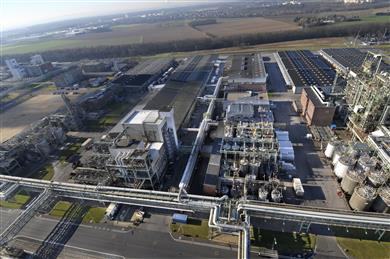